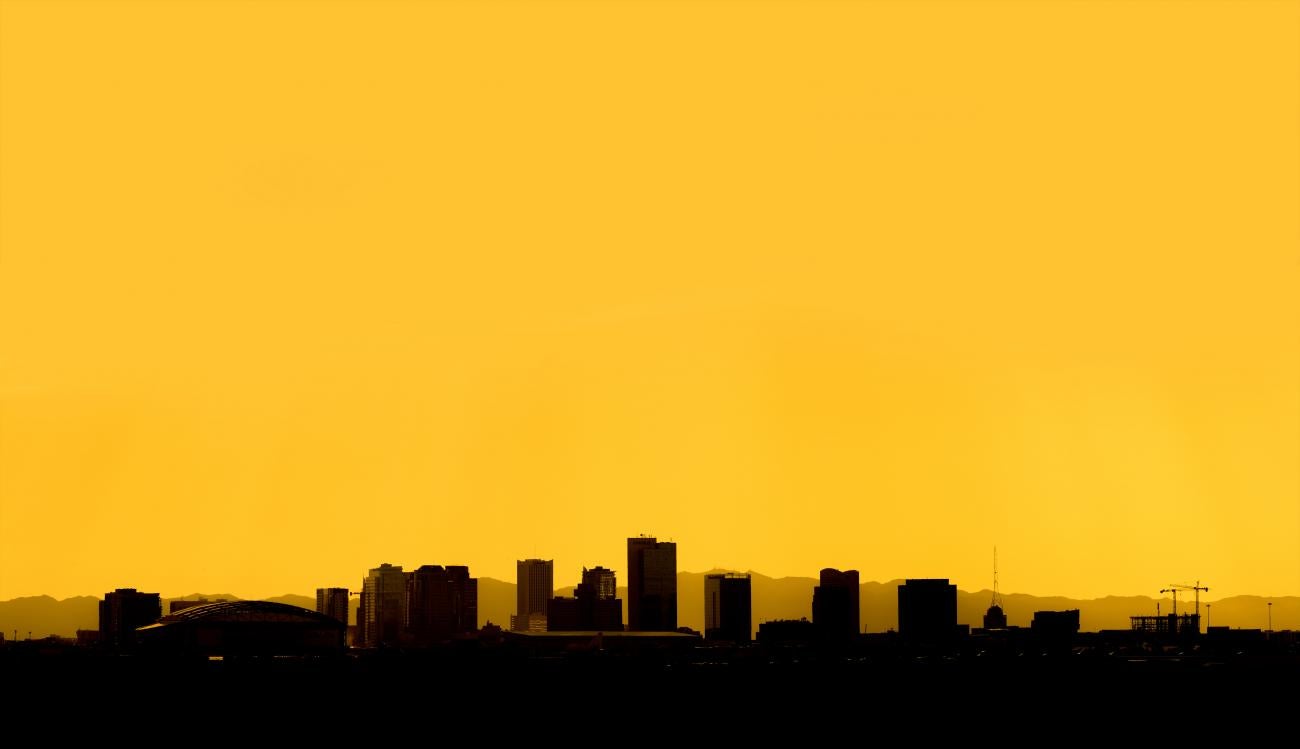 Statements from the School of Social Transformation

AAPI resource guide for our students and community

The faculty in Asian Pacific American Studies at Arizona State University grieve alongside the victims’ families and communities in Atlanta and nationwide after 8 people, 6 who were Asian American women, were murdered in Georgia on March 16, 2021. We mourn the tragic loss of Soon Chung Park, Hyun Jung Grant, Suncha Kim, Yong Yue, Delaina Ashley Yaun, Xiaojie Tan, Daoyou Feng, and Paul Andre Michels. We reaffirm our support for Asian, Asian American, and Pacific Islander faculty, staff, and students at ASU; and for Asian, Asian American, and Pacific Islander residents of Arizona, as we and our communities continually confront anti-Asian racism, discrimination and violence in all its forms. We recognize this is not an isolated incident of hate but a longstanding American history of gendered racism and violence against Asian American and other women of color (Leong & Kuo, 2021).

White supremacy and anti-Asian violence has sharply risen across the United States and globally since the outbreak of COVID-19 a year ago, even though overall hate crime dropped 7% in 2020 in comparison to the previous year (Center for the Study of Hate & Extremism, 2021). The lack of courageous political leadership when the pandemic arrived in the United States resulted in virulent racism and scapegoating when the former U.S. president and his officials continually blamed the spread of COVID-19 on China. Those racist statements and misdirected blaming have contributed to a rise in anti-Asian racism, misogyny, and elder abuse, including violent attacks on Asian Americans nationwide (Stop AAPI Hate National Report, 2021). Moreover, law enforcement and media continue to question whether these attacks were racist in nature or hate crimes; and continue to call for investigations or excuse the behavior of the perpetrators when our Asian American and Pacific Islander community are well aware these incidents are hate crimes due to the continuous attacks that are race based, situated in a longer U.S. history of white supremacy (Lee, E., 2015).

Tragic stories about the direct experiences of hate incidents reported to the Stop AAPI Hate national reporting center show that Asian, Asian American, and Pacific Islander individuals and communities are experiencing a great deal of anti-Asian racism and violence with an underestimate of nearly 4000 hateful acts in the last year (Stop AAPI Hate National Report, 2021). Of notable interest, AAPI women were twice more likely than men to report hate incidents and no state or ethnic density of AAPI were immune to the violence. This includes our home of Arizona and the recent murder of 74-year-old, Filipino American Juanito Falcon who was punched by a stranger in Phoenix on February 16, 2021 and died two days later because of his head injuries (Gonzalez, Arizona Republic, 2021).

The faculty in Asian Pacific American Studies at ASU join our students and other community organizations statewide in condemning anti-Asian racism and violence that take the multiple forms including but not limited to physical assaults, verbal harassment and name calling, shunning, microaggressions, civil rights violations (e.g., denial of service and workplace discrimination), and murder. Last year, Asian American and Pacific Islander students at ASU decried anti-Asian violence that resulted in microaggressions and blatant racism against Asian international students and Asian American residents in Arizona. Several incidents of racism, including threats of violence, were directed at members of our ASU community. We applaud these ASU students, many members and leaders of the ASU Asian/Asian Pacific American Student Coalition and their ASU student coalition allies, for their courageous leadership for naming and speaking out against this racism and violence.

We thank these students for their commitment to racial justice on the ASU campus and beyond. We applaud their principled refusal to participate in anti-Black racism, instead recognizing how xenophobia and anti-Black racism are linked together. We collectively refuse to be used by the system to condemn other communities who also are targeted by institutional violence. We stand together with our community and allies in healing and seeking social justice.

We curated a resource guide for our students and community: https://bit.ly/APAS_resources.

Statement from the School of Social Transformation 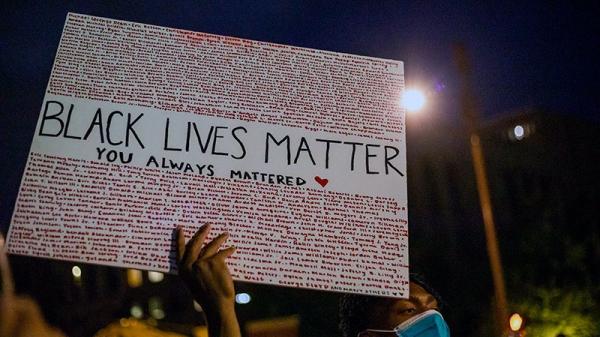 The killings of George Floyd, Ahmaud Arbery, Breonna Taylor, Tony McDade, and Dion Johnson - few among thousands - are part of a legacy of centuries-long state-sanctioned violence against Black and other non-white bodies. Their murders are emblematic of U.S. social structures that are entrenched in white supremacist practices, imperialism, capitalism, and heteropatriarchy. The School of Social Transformation (SST), and our constitutive units – African and African American Studies, American Studies, Asian Pacific American Studies, Justice and Social Inquiry, and Women and Gender Studies – have long worked toward interrogating racial justice in our research, our teaching, and our community-engaged scholarship and service. Our individual and collective work activates the very conversations we are broaching today, as a country, to expose the long and destructive nature of the ideology and practice of white supremacy. Many of our academic programs grew out of the intellectual and activist roots of the Civil Rights and New Left social movements of the 1960s, a moment which looks much like our current moment because it dared to engender democracy, and we are beholden to that tradition. In fact, it was student protests that demanded and laid the foundation for the establishment of African and African American Studies at Arizona State University.

Today, on what would have been the 27th birthday of Breonna Taylor, SST stands with the Movement for Black Lives (#M4BL) and all other intersectional BIPOC (Black, Indigenous, People of Color, including Latinx and Asian-American) movements, recognizing the deep history of police violence and murder, including lynching, that remain at the foundation and in the contemporary social fabric of this country. We affirm and share in the pain, anguish, and rage that many are feeling – not just in this current moment but that many have felt for centuries. We remain committed to a radical re-visioning of our country that deals frankly with the living legacies of settler colonialism, slavery, anti-Black racism, immigrant exclusion, transphobia, and homophobia as we pursue a truly just, equitable, and democratic society.

We support our students, and the communities that surround us, as they endeavor to make their voices heard to end the cycle of silence surrounding the systemic violence embedded in U.S. institutions. We will continue the fight against systems of oppression and, through our scholar activism, work to amplify voices against this state-sanctioned violence enacted on the most vulnerable. We honor the voices of activists, organic intellectuals, and community members that teach us the way forward and model social transformation.

Phoenix Local Organizing Committee for Justice or Else

Statement from the APAS at ASU

Faculty in the Asian Pacific American Studies at ASU have spent the past two months addressing and amplifying the anti-Asian racism mobilized in the U.S. in response to COVID-19 and how this racism reflects the ongoing complexities of racial formations in the United States. The pandemic has exposed how racial and economic differences more heavily affect people of color and working-class people in America, with higher rates of African Americans and American Indians being infected and dying from the virus. This is evidence of ongoing structural inequalities affecting certain people of color and people in poverty.

On May 25, four policemen in Minneapolis participated in the murder of George Floyd. One of the Minneapolis police officers who participated in the lynching of George Floyd, Tao Thao who stood and looked away while Floyd was being restrained by his three colleagues, was Asian American. And we in Asian Pacific American Studies are heartbroken. Our field emerged because of the Black demonstrators who fought and risked their lives for civil rights, and the Black intellectuals who have critiqued the structural racism and intersectional oppressions that plague our nation and invested in creating Black and African American Studies programs in higher education. We look to the Third World Strike and its integrated critique of imperialism, colonization, and racism that united activists of color in solidarity to remind us that our commitment to social justice is focused on racial equality and equity for all persons, not just those in our own communities, who share our identification. And this commitment requires us to reflect upon our positions as Asian Americans in the United States. We cannot simply look away as Black lives are subjected to police brutality and systematically dehumanized by the state. Black Lives Matter.

The Asian American community continually has had to fight exclusion from United States citizenship and belonging from the mid-19th century with the first laws excluding Chinese from entry into the United States and from naturalized citizenship. Frederick Douglass spoke out against Chinese Exclusion laws and spoke for women’s right to vote. Being part of the nation, finding a way to belong, has long held appeal for communities of color, including Asian Americans who long have felt excluded and perpetually foreign. Serving in the military and law enforcement are well-worn routes to respectability in the U.S. settler state for almost every group of persons historically in America. Yet, when we seek belonging, when we want to claim America, that includes claiming and participating in the settler colonial tradition of a nation state that celebrates voluntary immigrant roots at the cost of ignoring Indigenous nations’ sovereignty and the involuntary importation of African slaves, as well as the legacies of these oppressions which have been institutionalized into our legal, political, economic, and educational systems.

What do we do when we are part of the problem? What do we do when we are, in Cherríe Moraga’s words, the oppressed and oppressors? This question literally bleeds into how we in APAS teach about the ways in which Asian Americans are woven into the settler state in ways that are distinct from the genocide of American Indians and the dehumanization of African Americans. We must actively and continuously interrogate and reject how Asian Americans have been and continue to be deployed to undermine other communities of color; we must name and confront racism and homophobia in our communities that divides us against each other against other communities of color. We must stand with other communities of color when they are being targeted by systemic violence. We must actively work to dismantle systemic racism in all its intersectionality, against Black, Latinx, and American Indian bodies, as well as within and against our communities. We must support Black Lives Matter and engage in dismantling anti-blackness in our family, community and work place. In the words of one of our intellectual and activist foremothers, Fannie Lou Hamer, “Nobody’s free until all of us are free.”